Digital Nomads: They Travel the World 24/7 and Other Myths 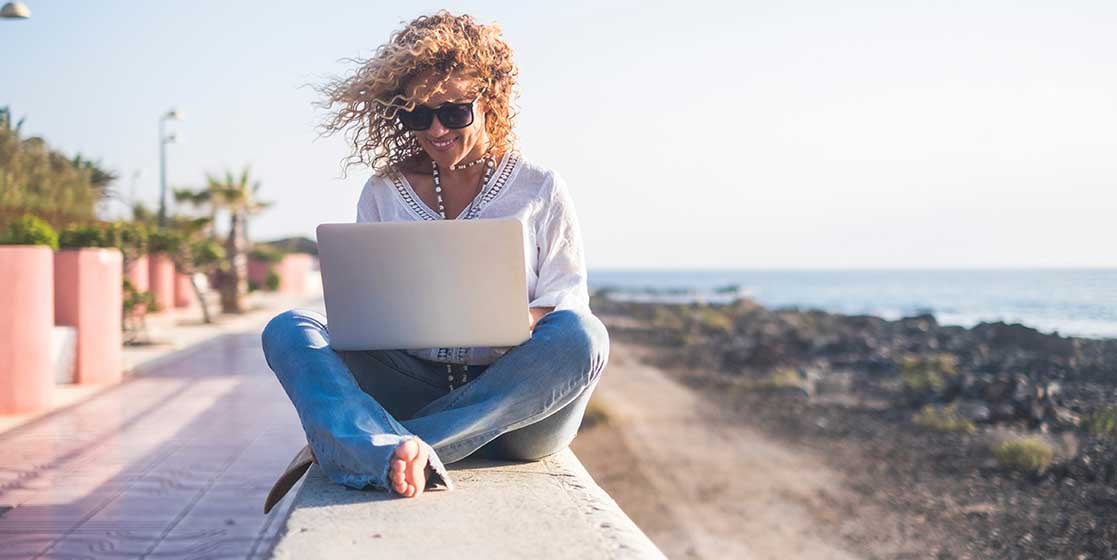 Have you ever wished that you could just quit your job, hop on a plane, and spend the next few years wandering the world?

If you have, you're not alone. In fact, an ever-growing number of people are doing just that. These digital nomads have found ways to support themselves doing online work as they fulfill their dream of traveling.

Sounds great, doesn't it? Well, it can be. However, there are some things you'll need to have in place before you take off. For example, you'll need to know how to ensure you remain financially stable during your travels, including details like the types of credit cards you should carry with you. Also, you should be aware of some widely believed myths about this glamorous lifestyle that make it seem a lot more carefree than it really is.

So, if you're thinking about one day becoming a digital nomad yourself, take a look at some of the things you should understand before you take off.

What Is a Digital Nomad?

According to Forbes Magazine travel writer Tanya Mohn, digital nomads are "professionals who prefer a location-independent lifestyle that allows them to travel and work anywhere in the world". In her article, Mohn interviewed one young professional, Ally Basak Russell, whose digital nomad lifestyle had allowed her, in just the previous year, to spend time in and work from cities such as London, Amsterdam, Paris, Sydney, Manila, Dublin, Oslo, and Berlin.

Russell is not alone. According to a recent study by MBO Partners, she is one of about 4.8 million workers who currently describe themselves as digital nomads.

What's it like being a digital nomad? They usually enter a country on a tourist visa and stay until the visa expires, or maybe until they feel restless and ready to move on.

Whatever country they happen to be in at the moment, digital nomads usually support themselves not by working in the local economy (which they might not have permission to do). Instead, they use their laptop, tablet, or smartphone to do some kind of work online. They may be writers, editors, designers, programmers, developers, or marketers. The common denominator in all these gigs is that they can be done effectively over the internet.

The Points Card With a Difference

Isn’t it time to get a rewards card that gives you unlimited points?

Get the Visa® Rewards Credit Card. Earn 1.5 points for every dollar you spend – and redeem them for cash back, gift cards, merchandise, and more.

Who Are the Digital Nomads?

The MBO Partners study reveals that digital nomads come from a wide variety of backgrounds. Most people probably think of them as being predominantly young and male. But almost a third of them (31%) are female, and more than half (54%) are more than 38 years old.

One of the most widely read books about becoming a digital nomad is The 4-Hour Workweek: Escape 9-5, Live Anywhere, and Join the New Rich by Timothy Ferriss. Just by reading the title you would get the idea that the lifestyle of a digital nomad is carefree and glamorous. But, as you might well suspect, it's not all highlights. Here are some commonly believed myths about what a digital nomad lifestyle entails.

That promise in the title of Ferriss's book of getting rich from a four-hour workweek might be just a tad overblown. The fact is, unless you have some source of passive income, such as royalties from books you've written, you're going to have to support your digital nomad lifestyle with work. Additionally, four hours a week just won't cut it. As Denise Mai, founder of Digital Nomad Soul puts it:

"Yes, digital nomads often stay in typical holiday destinations. BUT they work just as hard as everyone else, often way harder. Many of them don't take time off during the weekends, they don't do sick days or go on vacation."

Although some digital nomads are regular employees of companies and have benefits, many are freelancers. And as a freelancer, if you don't work, you don't get paid. As Ferriss says, you may escape 9-5. But you might have to replace it with 24/7.

So, if you are thinking that being a digital nomad means spending hours on the beach sipping a cool drink, it's time to revise your ideas.

2. You Can Live Anywhere You Want To

The digital nomad lifestyle is inextricably tied to the internet. Each time you go to a new city or country, you'll need to find places you can work from that have reliable WiFi connections. And that's not everywhere. So, you may find that there are some unexpected limitations on where you can live for any extended period of time.

3. You Can Hop From Country to Country at a Whim

No matter how adventurous they may be, human beings have a built-in need for some degree of stability in their lives. Relocating every few days, or even every few weeks, is simply too chaotic for most of us to endure. Digital nomads who have tried it often find that not only do they end up feeling isolated and alone, but the instability also takes a toll on their ability to be productive in their work.

Studies show that only 17% of digital nomads travel to more than five countries in a year, and most end up staying in one place for a minimum of three months at a time.

Digital Nomads: They Travel the World 24/7 and Other Myths

Have you ever wished that you could just quit your job, hop on a plane, and spend the next few years wandering the world? If you have, you're not alone.

What Does It Take to Become a Digital Nomad?

The number of people who are leaving their old lives behind to become digital nomads is growing every year. If that seems like an exciting prospect to you, there's no reason why you shouldn't be one of them. You just need to prepare wisely for the transition.

First, plan ahead. It may seem like a great adventure to just drift from place to place as the wind blows. But you need to really think through things like:

Second, take steps to ensure that you'll have a stable source of income no matter what happens. At a minimum, be sure you have the skills to be successful doing some in-demand job through the internet that you can rely on to be there for you day in and day out. However, even if you have such a job, experienced digital nomads say that, ideally, you should also have a stable source of passive income. Thus, if your online gig falls through, you'll never find yourself stranded with no money coming in.

One of the best ways to ensure that you'll have access to money when you need it is to carry a good credit card that will be honored wherever you may be in the world. The card you choose should offer premium features such as smart chip technology for security, mobile purchasing capability, and Cash Back on your purchases.

If you want to know more about the types of credit cards that can meet your needs wherever you travel, check out the credit cards offered by PrimeWay.

Laurie is a digital marketing and social media maven who has more than 15 years of interactive multi-media experience under her belt. When she is not rocking the social media atmosphere, Laurie loves to find Houston’s hidden dining gems, but ask her about tacos. She loves tacos. In her spare time, Laurie loves creating, whether its art or memories.