Without an Emergency Savings Fund in the California Fires, We Were Toast 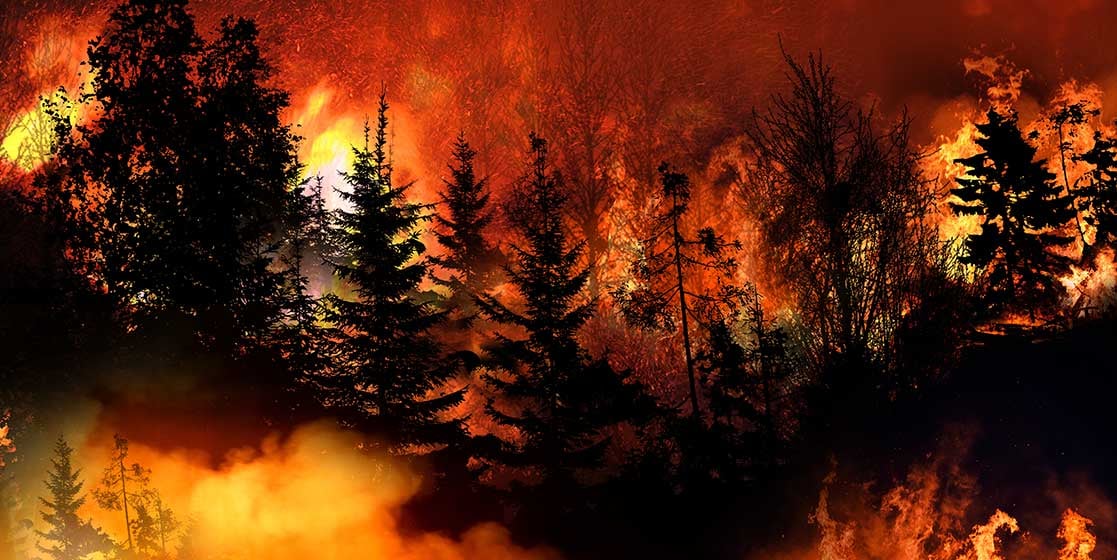 Growing up, you are taught what to do for certain natural disasters, such as a tornado or a snowstorm.

Fires were not something I was equipped to deal with. I knew the general stop drop and roll routine but what do I do when it looks like actual doomsday outside?

Being new residents of California, my boyfriend and I were ignorant on this subject. We had heard of the widespread fires happening in Northern California but, when they were around our area, we were completely blindsided.

Having just moved to town, we hadn’t set up cable in our apartment. AKA: no news. On the day the fires became rampant in the Calabasas, Los Angeles area, we went about our business as usual.  Which was hardly business: Sleeping past noon and ignoring the nudges from our dogs to take them outside, but a usual day for us nonetheless.

We put on whatever Netflix or Hulu show we were watching at the time, I think it was Desperate Housewives, and spoke about our usual stresses over money and failed job searches. We decided that we needed to go to the grocery store, our one outing of the week we allowed ourselves.

As soon as we exited our parking garage and turned the corner on the block, we saw it. The smoke. The sky was all dark grey. Traffic was horrible but that really wasn’t unusual for mid day LA. This is going to sound rather dumb. But my boyfriend and I were like “oh that’s weird” and kept on driving to the store.

As we made our way to Ralph’s, we honestly didn’t give much thought to the situation outside. We were too worried about our grocery store budget. “Is the ice coffee really worth it?” In hindsight my ignorance is seriously embarrassing.

After shopping we came out to the parking lot and the sky was even worse than before. Mostly black. I decided I should probably look into this and went to Google. There were mandatory evacuations in all areas surrounding us.

What Having No Emergency Fund Means in an Emergency

I freaked out. I didn’t know what we were supposed to do if our area became next on the list to leave. As I’ve made abundantly clear, we had zero emergency savings fund by now – so I didn’t know how we would even afford to leave. We had NO money. If we needed to evacuate, we couldn’t afford a hotel. Heck, we couldn’t even afford gas to fill up our vehicles to drive away! After all California had already put us through this was just going to be icing on the cake.

Luckily we were in a safe zone and the fires didn’t reach us, but it got me thinking a lot about those who were affected. Their entire life up in flames quite literally. What do they do now? How do they afford to move on? How could someone plan enough or have enough preparation to be okay when something like this happens? I’m not sure I’ll ever find these answers.

Before the big move to California and before the money struggles, I had bought Ian tickets to go see Kevin Hart preform in Oakland. It was something that we were looking forward to for months. He happened to be coming to town right when the chaos from the fires was full bloom.

Driving there was like something out of a horror movie. The smoke from the fires was a thick dense fog. Think Steven King’s “The Mist.” It was straight up eerie. And everything was dead. The trees, the grass, all of it dead. The air quality was questionable to say the least. It was unlike anything I have seen before. Really felt like the apocalypse was happening before my very eyes.

The fires becoming so prevalent was really the final straw for Ian and me on our “California Dreamin’ Adventure.” We were failing quite miserably and were on the verge of becoming homeless (not really but that’s what it felt like). We needed to come back home.

We had money saved for the normal life expenses. Rent, bills, food... Nothing for the unfortunate turns of life, which, sadly, I am learning, you need to be prepared for. A part of ones budget needs to be set-aside for the unknown.

We were lucky in our case. The fires did not cause direct harm to us but we soon found out they would indeed be an issue to us in the future.

Without an Emergency Savings Fund in the California Fires, We Were Toast

Fires were not something I was equipped to deal with. I knew the stop drop & roll routine but what do I do when it looks like actual doomsday outside?

Your Savings Money Can Dwindle Quickly in an Emergency… What Can You Do?

If you’ve put money away along the way in a savings account with a competitive rate, you take pride in staying committed to a goal. Whether it be saving for something specific or preparing for an emergency situation that you couldn’t fund with your bank account.

When an emergency happens, such as the California fires, it can be frightening to have no way to fund all that you need to take care of yourself and resolve the situation. Even if you have built up emergency savings, it still requires budgeting should you have to tap into the money.

If you’ve taken the steps to budget to have money to save, use the same mindset if you have to start dipping into your savings account. Not sure where to start on setting a household budget? A great tool is the PrimeWay Home Budget Analysis calculator to help see where your money is going and how to improve your budgeting.